French punk/oi/other band that dabbled in the punk/ska sound (THIS for instance). They have several other releases and the songwriting ability is impressive with the ska-oriented stuff not necessarily being their best work (The song Dans la Salle Du Bar is great).

You're probably not going to like this the first time you hear it. I didn't. But it really does grow on you. Listen to it 3 times and you'll love it for life. 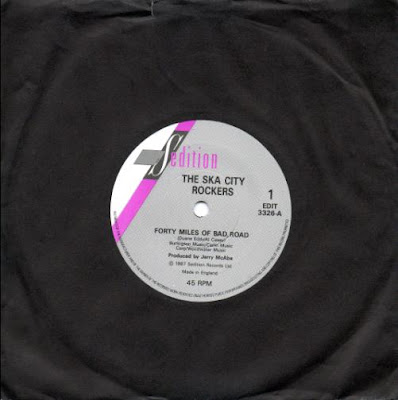 This 7" was submitted to us by Bruce who also provided this info: 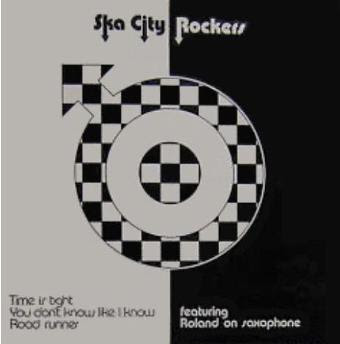 The 3 tracks from the "Time is Tight" 7" were on the 100% British Ska comp. I included them with this download.

This is the one that says "featuring Roland on Saxophone" on the cover. They thought they'd sell more copies if people thought it was Roland Alphonso instead of the real sax player who was a nobody at the time from a little-known Hull band called the Akrylykz. They might have sold a few more copies in the late eighties if they put the sax player's real name - Roland Gift:


A - Forty Miles of Bad Road

B - Nice and Slow 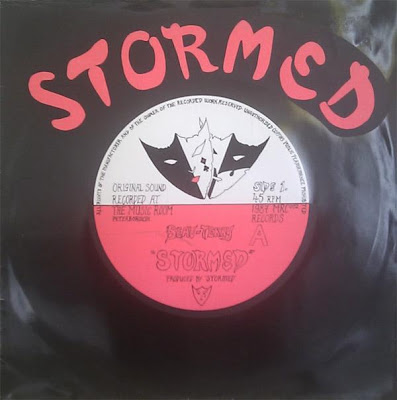 This is Stormed - from Cambridge.

I have previously posted Stormed's rare 12" single "Trouble at Home". It was only released as a promo and I mistakenly reported that they had one other single which was also released only as a 12" promo.
Thankfully I now know that the other promo saw an actual 7" release. I have no idea how many copies of this were pressed but now, thanks to Rikard, we get to hear it:

The song "The John Song" was the B-side to "Trouble at Home" but this is a much different version.
(This video has nothing to do with the band, but the Morris Dancing goes well with the song)


I have included the 12" with this single so you get everything they released in one handy download.

Posted by Tone and Wave at 7:38 PM No comments: Links to this post 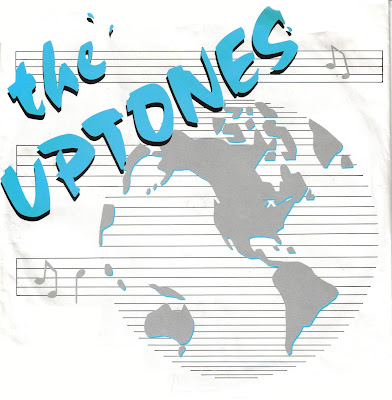 This is not the California band of the same name. These guys were from Tucson, Arizona and I don't know if they have any other releases. Band leader Mark Wilsey is a firefighter in Arizona and he's still active in music. He is currently fronting Reno Del Mar

"Africa is at War"

"The Time is Right"