The Lodgers - self titled 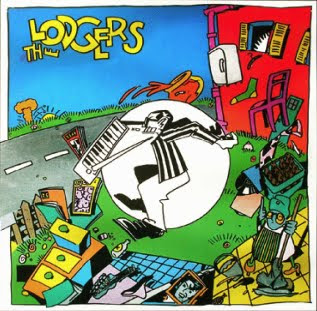 Pure 2 Tone sounds from 1991. Horns and keys, no distorted guitar. 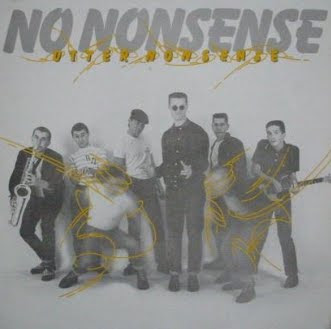 Australia's own version of Madness. Their OFFICIAL SITE.

DOWNLOAD
Posted by Tone and Wave at 3:14 PM 5 comments:

Local Operator was a punk/powerpop band from Copenhagen Denmark that frequently played ska-influenced music. They recorded 2 singles in 1979 and one LP in 1980 before breaking up. Bandleader Joe Broadbery later formed Jo Broadbery and the Standouts and recorded 1 more LP before he died in 1987.
People in the know may correct me here by saying that Jo Broadbery and the Standouts recorded 2 albums but Local Operator's only LP is the exact same record as The Standout's. Different band name, different cover art, same titles, same order, same exact recordings. The only difference is the song on the Local Operator LP is "Put You in a Exile" while on the other version it is "Put You in Exile" The "a" didn't sound right anyway. For whatever reason the Local Operator back cover has fictitious band members listed.
This download includes the back cover and you can find the first Standouts album HERE so you can compare for yourself.

A - Pressure Zone
B - The Untouchables

If you want to complete the collection here's Joe Broadbery and the Standouts second album THE HOUSE OF LOVE. There was a single released under the same name but it was "Put You in Exile b/w Footsteps in the Dark" both of which are on the album.
Posted by Tone and Wave at 11:09 PM 1 comment:

DOWNLOAD
Posted by Tone and Wave at 2:09 AM No comments:

Capone and the Bullets

DOWNLOAD
Posted by Tone and Wave at 4:08 PM 3 comments:

3rd wave ska from this California band that featured members of Punch the Clown.

DOWNLOAD
Posted by Tone and Wave at 3:58 PM No comments:

German ska from 1980. Male and female vocals.
Their later recordings didn't maintain quite the level of ska and reggae as this - their first release.

They have recently reformed and have recorded a new album in 2007.

While doing this post I discovered that this single was posted already on another blog called Happy New Wave and they even have the 1984 album "Goethe".
Posted by Tone and Wave at 2:23 AM No comments:

The video for 'Jawbone'

DOWNLOAD
Posted by Tone and Wave at 2:21 PM 2 comments:

A - Skanouska
B - Vegetarian Shoes

Before Gaz Mayall started The Trojans he had another band. This is it and this is their only release. (I'm just guessing here because I trust the internet a little too much for information about this sort of thing. Did Gaz's Rebel Blues Rockers record anything else?)

A - Trigger Happy
B - Aggravation Station

The 1994 full-length from this Swedish band. Their sound is just a touch dancehall similar to Madness' "Dust Devil"

They have a Myspace with just one song

Here's the LP and the Silicon Chip 7"

If you don't know about these guys read the Marco On The Bass post.

DOWNLOAD
Posted by Tone and Wave at 3:17 PM 8 comments:

Clive Langer and the Boxes - Splash!

I have a 'wishlist' of things I am looking for and this album has teetered right around the top of that list for a long time. In June when I was without a computer I knew I had to save money to get a new one and that meant not spending money on music but I did come across a few things that I couldn't pass up. One was this album, one was "Skankin' Round the World vol.4" and then there were some Piranhas 7-inches. I knew I couldn't afford them all so the one thing that I did not get was Skankin' Round the World. This is one of those things I will forever regret.
Now that I have these great vinyls to rip and a new computer to rip them on my usb record player has decided to stop working. I know the new computer isn't the problem because it recorded the Sax Maniax album just fine.
I am still able to share this album however because, lo and behold, it has already been posted on another blog called Music...isms.
It's good to have the original, but damn, if only I had searched for it first I could have gotten Skankin' Round the World vol.4 instead and still have this as well.

This download also includes the EP "I Want the Whole World" which is also courtesy of Music...isms. (Please browse that site and download the great music posted there and, remember kids, a little thanks goes a long way.)

The covers for the album and the "It's All Over Now" single were created by Barney Bubbles and they all had the 5-pointed crown...

...which Madness has recently begun using as their own symbol.

Clive Langer has also produced Elvis Costello, Morrisey, Dexy's Midnight Runners, They Might Be Giants, The Teardrop Explodes, and more as well as having been in Deaf School, Big In Japan, and Bette Bright and the Illuminations (The Boxes basically were The Illuminations).
And, yes, he did produce The Liberty of Norton Folgate. HERE'S his site.

DOWNLOAD
Posted by Tone and Wave at 12:06 AM No comments: