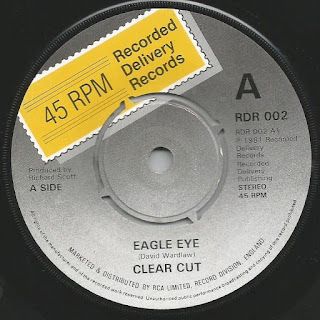 Clear Cut was a band from St. Helens, Merseyside, UK. They were known for their "zany" live performances from 1979 through 1984. In that time they recorded one single. I haven't found anything else that they may have recorded. No live shows. Nothing. 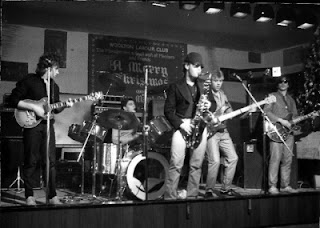 "Clear Cut were a St Helens-based band comprising of Steve Briers (guitar, vocals), Dave Cotham (sax, flute, synth, vocals), Steve Moyers (bass, vocals), Garry Rowlands (drums, vocals) and Dave Wardlaw (guitar, synth, vocals). They formed in 1979 and performed at venues throughout the North West and had a massive following in the St Helens and Wigan areas. In the early '80s they made television appearances on Granada TV and recorded at Strawberry Studios, Stockport. Their first single, "Eagle Eye" was released on Recorded Delivery Records in 1981" This snippet and photo was respectfully stolen from THIS SITE.

Both sides are ska.