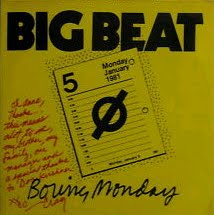 On Monday January 29th, 1979 a 16 year old girl named Brenda Spencer who lived across the street from an elementary school took out her Ruger semi-automatic .22 caliber rifle that her father bought her for Christmas and started shooting at kindergarteners when the principal opened the gates in the morning to let the kids in. Eight children were shot, the principal and a custodian were killed and a police officer who responded to the shooting was shot in the neck.
When asked why she did it Brenda responded "I don't like Mondays. This livens up the day."

Bob Geldof was inspired by this line to write the Boomtown Rats song "I Don't Like Mondays" and it was scratched into a wall in the movie "The Breakfast Club". 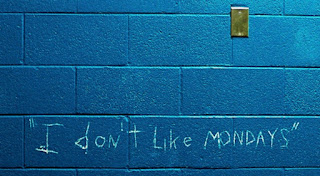 This was an unknown California ska band who was also inspired to write a song about it. I know nothing else about this band but it took me well over a decade to find a copy of this one. My copy doesn't have the cover but I was able to find a small image of the picture sleeve.

If anybody knows anything else about this band, please let me know.

A - Boring Monday
B - Boring Dub