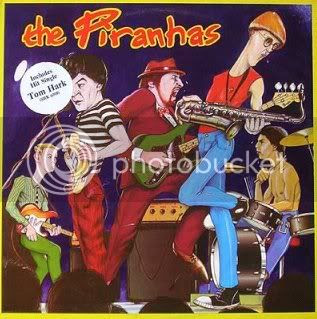 The Piranhas started in 1977 as a punk band in Brighton UK who are best known for the song Tom Hark which has been adopted as a popular chant by many football ('soccer' to us yanks) fans. (If you don't have the Play Kwela single that Tom Hark originally appeared on you can get it HERE.)In 1980 they recorded 3 singles and this album - their only full-length. They broke up in 1981 without any subsequent recordings.
Boring Bob Grover does have a current band called Dates that are certainly worth a listen.

*A bit of trivia: The Piranhas had nothing to do with the re-recording of Tom Hark that is the most familiar version in Brighton today. That version was recorded in 2005 by a band calling themselves 'Seagulls Ska' - who were really members of
Too Many Crooks and Attila the Stockbroker. Money raised by the song went into building a new stadium for Brighton and Hove Albion F.C. whose nickname is 'The Seagulls'.
Posted by Tone and Wave at 7:35 PM 3 comments: Links to this post 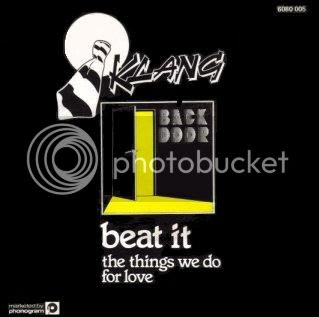