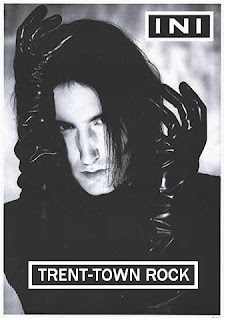 Yes, this is the guy who spearheaded -if not invented- Industrial music. Back in the early 80s he was in a new wave band that was known for doing a lot of cover songs in their live shows. The band was called Option 30 and they never had an actual release, but they did put out a demo tape in 1983. The tape went unnoticed until Reznor had success with The Downward Spiral. The tape was released on cd but, even then, it was limited to 1,000 copies.
On that tape were some okay new wave tunes, three cover songs, and this gem. Trent Reznor did not write this song but he did sing it. This is more than a novelty,...this is actually a good ska song.

...see some Option 30 videos HERE. Trent Reznor when he was only a lad. 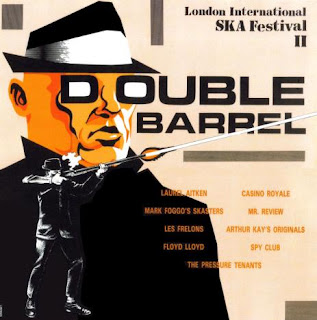 I finally procured myself a copy of this Unicorn Records set. The vinyls are immaculate but I just couldn't get a good rip. I was hoping to have this posted in time for the 2013 LISF but that didn't happen.

I pretty much forgot about it and moved on to better things - but then our Swedish correspondent Rikard sent an amazing array of rare ska, and this was included in that collection. As it seems my sub-par rips were no fault of my own. This is how the record sounds.

This is the version ripped by Rikard. The sound quality ain't great but you know most of these songs and you will sing along..