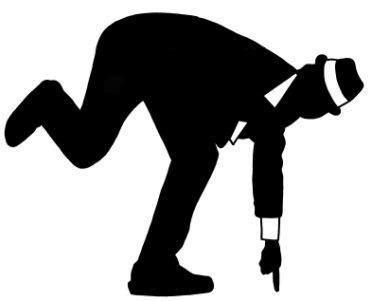 This is a very hissy tape and it's hard to listen to but it gives you a glimpse at what other songs Blue Chateau had in their set that were never released.

There are just 4 songs here and only Steps in the Alley was released otherwise so I am only guessing at the titles. I won't even list them here. 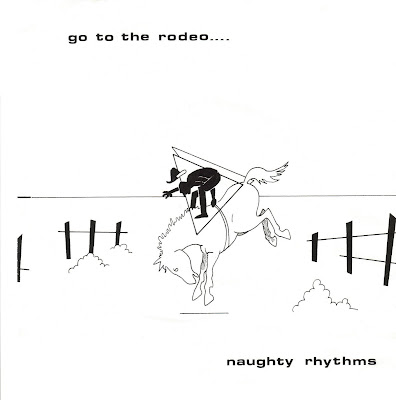 The A-side can be found on A Naughty Compilation but the B-side is unique to this single.


http://www.mediafire.com/?68kvc7k4j4ahcvj
Posted by Tone and Wave at 3:01 PM No comments: Links to this post 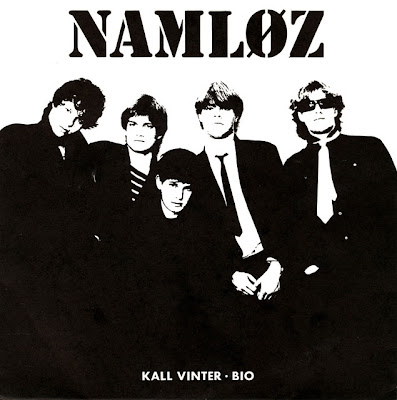 Swedish ska band from the 2Tone era with a noticeable Madness influence.

Thanks to Rikard for this submission! 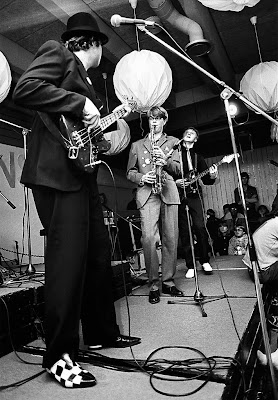 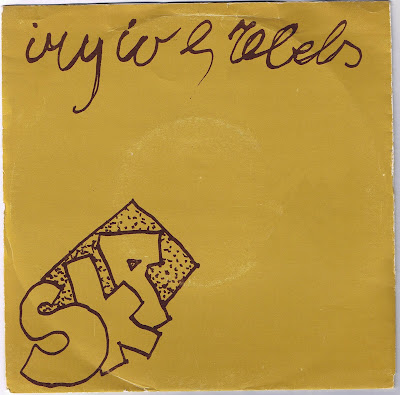 This is an oddity. I know absolutely nothing about it except for what's on the back of the sleeve.
I ripped it several times and this is as good as I can get it to sound.
The A-side does just cut off abruptly at the end. It's not a bad edit on my part. 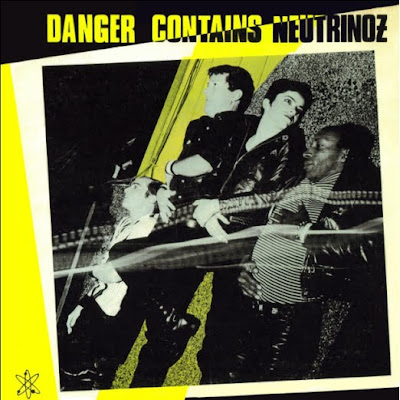 Another forgotten California band. These guys shared the stage with the Offs and their sound is along the same lines. Punk-ska with more frequent use of the ska influence than the Offs exhibited. 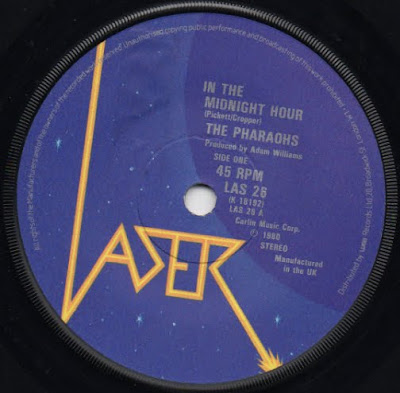 You probably know the A side from the 100% British Ska compilation. Thanks to Bruce you can now hear the instrumental B side.

A - In the Midnight Hour
B - Berta 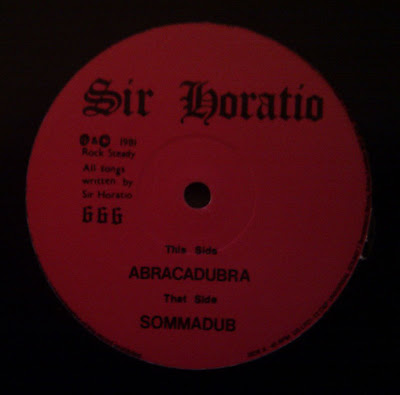 Rikard submitted this nice bit of electronic instrumental dub. I'm not a huge fan of dub, but the B-side is a killer track.
I'm not sure what members of A Certain Ratio were involved in this project but these two songs are bonus tracks on the re-release of A Certain Ratio's "To Each..." album. 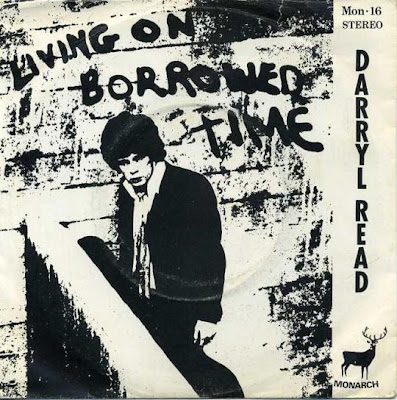 A - Living on Borrowed Time

http://www.mediafire.com/?12gfnv2go41bktj
Posted by Tone and Wave at 12:38 AM No comments: Links to this post 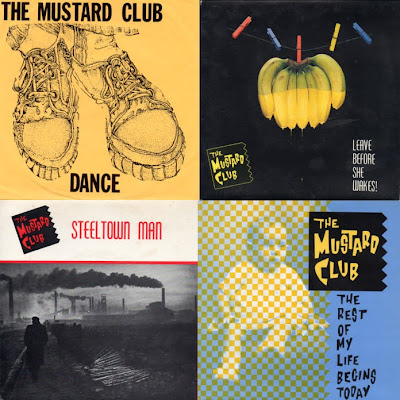 
THERE IS NO SKA IN THESE RECORDINGS 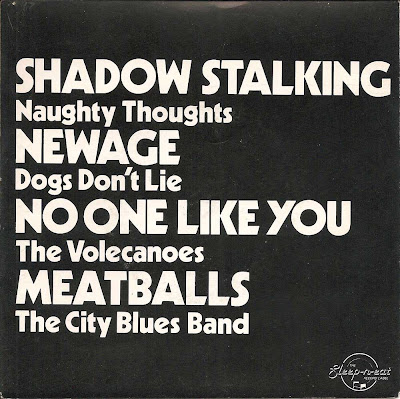 This compilation from '81 claims a song called "No One Like You" by the Volecanoes. The Volecanoes being the Originals...Arthur Kays back-up band. It says that they went off on their own to do this song, but Arthur Kay helped them on it.
It's odd that this exact recording was released in 1982 under the name Arthur Kay and the Originals with the correct title "No One But You" (which is what the lyrics are). 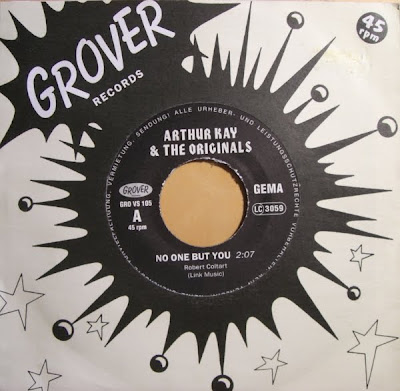 ...aside from that there are a couple of power-popish rocking songs and a great track by a band called Naughty Thoughts which was headed by Mark Edwards of the Kent band The Rivals (great punk band, by the way...check em out).
For more on Naughty Thoughts (and their first release - All or Nothing) see My Life's a Jigsaw


Thanks to Rikard for this submission!! 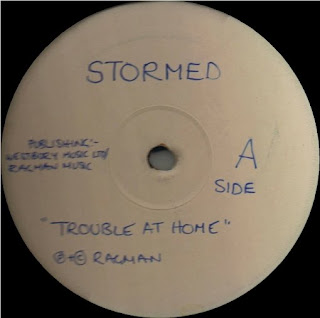 Here's a wonderful oddity by The Stormed from Cambridgeshire UK. They had only 2 releases...this and another 12" called Beau Terry:


...both were released as promos only and are nearly impossible to find.

A - Trouble at Home
B - The John Song 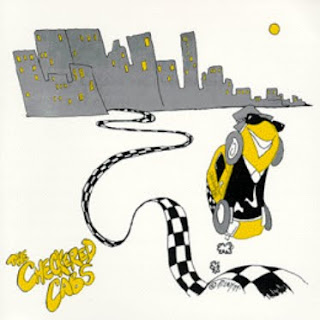 This is the first of two singles released by this Washington DC band. The couple of songs on this 7" are much better than the full-length in my opinion.

I have posted the album previously, but I included it in this download so you can see for yourself.

Thanks to Timmy for this contribution!!

A - Something About the Weekend
B - Heathcliffe 8 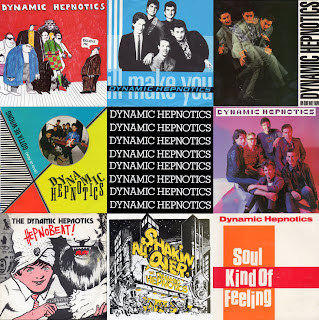 In response to my post of the Shake and Shout comp
Bruce sent me a lot of other things that some of the bands on that record had also recorded. In this installment is the band Dynamic Hepnotics.
Keep in mind that there is NO SKA IN THIS DOWNLOAD!...just great neo soul and blues - eighties style.

But you probably want it anyway: 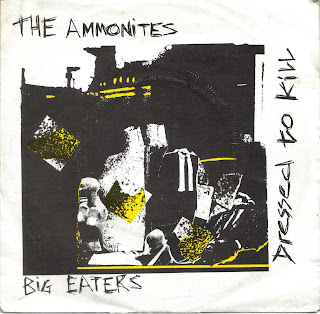 
http://www.mediafire.com/?go66jd3kdw2lw6h
Posted by Tone and Wave at 5:37 PM No comments: Links to this post 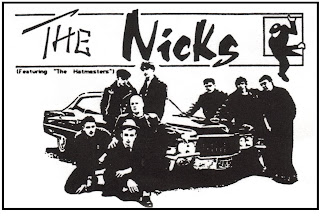 "All You Black Ones"


http://www.mediafire.com/?ztk00yy2pm1lnzb
Posted by Tone and Wave at 5:26 PM No comments: Links to this post 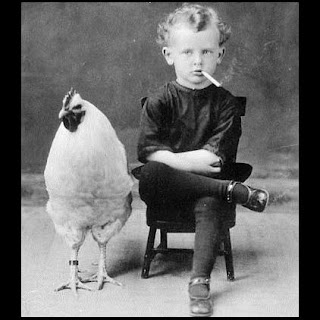 I mentioned before that I had a lot of less important things to do besides dedicating so much free time to this blog.

How do you think that went?

I did the post on the Velvetones on New Years eve and just two hours later I found myself taking a wrong turn on an icy road and I wound up on a sandy shore of Lake Arrowhead. I tried all sorts of interesting driving techniques to get back up the steep road but it looked as though the wife and I would spend our New Years freezing to death in our car.

Luckily there were some plastic shovels and buckets some kids had left behind and I was able to scrape past the frozen sand and, for over an hour, I painstaking took one little bucket of sand at a time trying to cover up as much ice as I could. Just when I had only one or two buckets to go I was walking as carefully as I possibly could down this icy hill when I started to slide. Then, like something out of a cartoon, my feet flew out from under me and I slammed down on my back. Thankfully there was a large pointed rock that broke my fall. It caught me right in my tailbone. I'm sure the initial impact hurt like hell but I was fortunate enough to have hit my head and gone unconscious for a few seconds. I came to while I was still sliding down the hill...

...long story short...we eventually got out and decided to skip out on any New Years festivities. We went straight home and I went straight to bed. (after consuming every bit of every form of alcohol I had on hand.) I could barely sit up for the first few days and it was about two weeks before I could walk without it feeling like there was an ice pick stuck in my spine.
After the pain became more of a nuisance than anything else I went back to work. My first day back one of my co-workers went home early with the flu. I woke up the next morning feeling like my veins were polluted with cold hot-dog water. I spent another week in bed.

I got almost nothing done at all in January.

I hope you all are having a better New Year than I am.

I have received lots of emails and I've responded to very few. Today's my one day off from work so, after I do this and another post or two I will start answering some emails.

One message I received via Facebook was a link to a blog called Rusty-Knife. Its a great blog. The only release from Bouncing Soles from 1988, Boss, Deltones, Loveboats, Arthur Kay, Stage Bottles, Explorersz, The Mistakes - Shut Up and Dance EP, Tara's "Ska Man" 7" from 1980, The Skunks "Solenzara" 7" from 1980, original 2 Tone and Go Feet rips and lots of original Madness and Bad Manners vinyl rips. Not only that but lots of rare Oi!, traditional ska, and punk.
Posted by Tone and Wave at 4:04 PM 4 comments: Links to this post 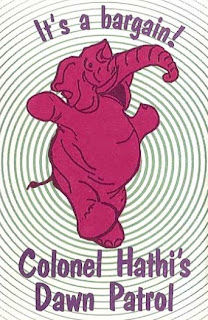 ...submitted by Rikard. In a 2Tone style.
They were from Cambridgeshire. Lead vocalist Gary Brown is currently fronting the ska tribute band BIG 10*

*thanks to Phil from Blackpool for the info
Posted by Tone and Wave at 10:44 AM 1 comment: Links to this post 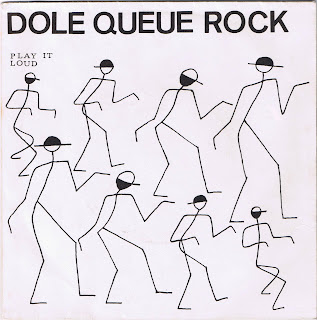 I once read that this UK band also went by the name The Stickers. Not positive about that though. I'm not even completely sure this was from 1981.

Who cares about the particulars. Enjoy it for what it is.


http://www.mediafire.com/?2sckbvo5c4xwnig
Posted by Tone and Wave at 2:11 AM 2 comments: Links to this post