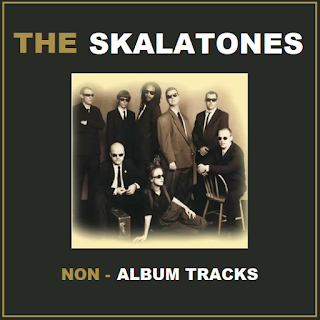 This band formed in Landskrona, Sweden in 1995 and they recorded two albums and lots of other songs that were released as EPs, singles, and compilation tracks. At one point they boasted that Charlie Anderson who played bass for The Selecter was once a part of the band.

I think this is everything they ever released.

The Skalatones - Non-Album Tracks (A Tone and Wave Exclusive)

11 On Parole (The Nutty AnDead Remix) 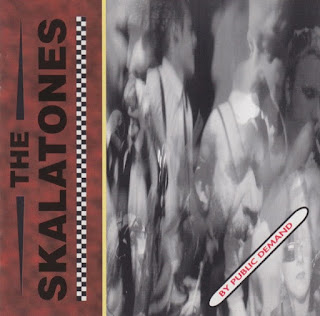 4 (What Ever Happened) Last Night 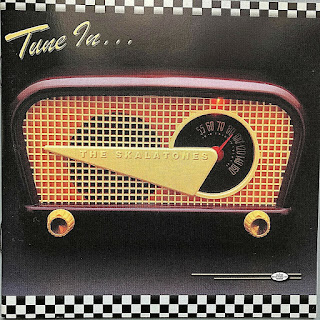 3 Slip of the Finger

5 Lipstick on my Collar

11 A Train is Coming

Posted by Tone and Wave at 7:54 PM No comments: 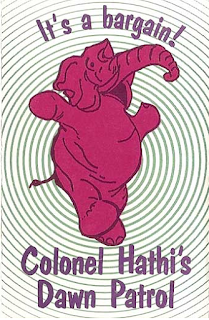 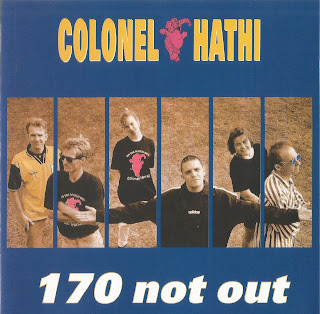 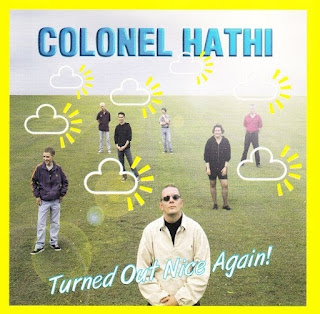 Posted by Tone and Wave at 8:01 PM No comments: 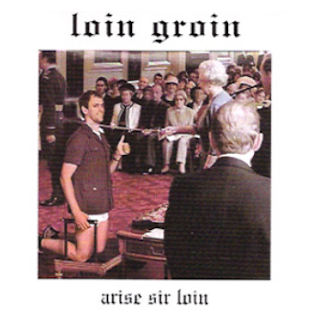 I think these two releases were only sold at shows. Not positive, but our old friend Merrick stated in THIS POST that Arise Sir Loin was only given away at their final show.

Neither of these releases are on Discogs and I do not have physical copies myself. I cannot find a cover for the EP.

9 Love Beats Me Up

1 When Monash Comes Forging On

Posted by Tone and Wave at 1:57 PM No comments:

This is a German band not to be confused with the Dutch band The Monroes who did "Sunday People".

This band is called Monroes without the "The" and they took a different approach to ska. They mix rock-n-roll and they utilize thumping doghouse bass that some might call rockabilly. No matter what you want to call it, it's a great sound. Too bad they only ever released this one album.

They were involved in a project that intended to keep vinyl alive at the dawn of CDs. It was called "Save the Vinyl" and the idea was to give out rare vinyl to attendees of live shows featuring live recordings of the bands playing. They got as far as two volumes before they called it quits. They were compilation 7"s and both of them featured two rare previously unheard tracks by Monroes. They also included the funk-metal band Cucumber Men, the rap group Scouts of Evolution, and the instrumental surf band The Looney Tunes.

They were given out around Christmas time and the sub-title of the record series was called Single Bells.

I have included both of the Save The Vinyl/Single Bells records in this download. 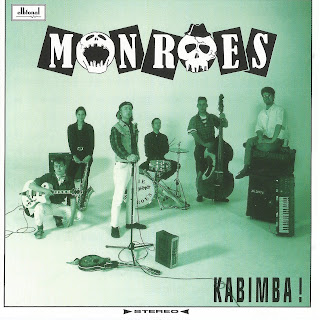 10 A Cowboy Meets and Indian 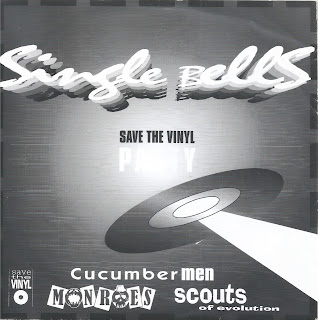 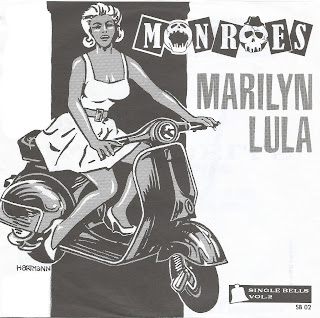 A1 - The Looney Tunes - Stampede

B2 - The Looney Tunes - Swingin' Creeper 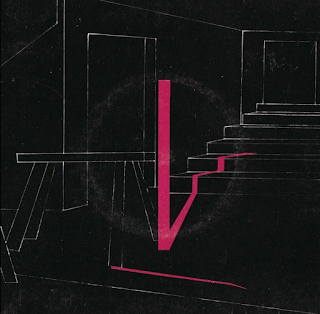 This was a band from Australia and this record is probably the only thing they ever put out.

I first heard about them in an old fanzine where they pretty much said that it sucked. I have a copy of that 'zine and I was going to post the review with this post but I can't find it. So, pretty much, I suck too.

I bought this record with the expectation that I will hate it. I don't.

I'm not sure that I like it, but I certainly don't hate it.

Here's one of the worst records ever heard by some guy who reviewed records in 1981.

Mark Nine, also known as MK9, was a prolific musician from California who released a single in 1981 and an album in 1994 but he did several collaborations and was in a few bands.

I believe that the only recording Galaxy of Prizes ever released was this one demo tape.

I have posted the Ska Cha Cha tape in the past but both tapes in this download are all new recordings from new tapes that I acquired in the last few months. Although these versions aren't perfect, they are better than any other version ever offered online to this point. 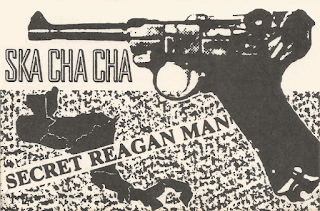 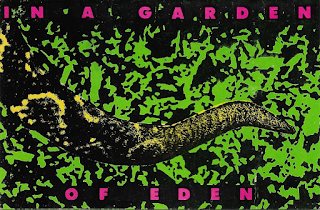 1 In A Gadda Da Vida

4 All Along the Watchtower

5 Times Up, Pencils Down 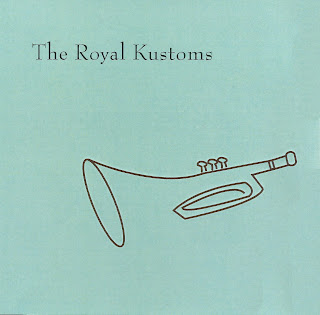 3rd wave style band from San Antonio, Texas. It's a little bit punk but mostly ska. They have at least one other release that I do not have.

4 Lost Inside Your Room

Posted by Tone and Wave at 9:41 AM No comments:

The Aquabats early show from 1994

Posted by Tone and Wave at 9:33 AM No comments:

Also, if you have the time, here's a live performance by The Amazonas who were mentioned in that post. Not ska but great music and an impressive performance. 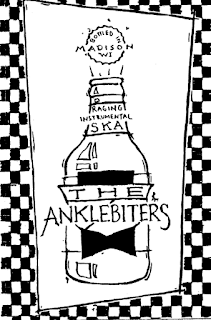 This demo tape is probably the only thing this band released. They were from Madison, Wisconsin and they describe their sound as "raging instrumental ska".

Posted by Tone and Wave at 9:49 AM No comments:

Zen Baseballbat - Kneel Down to the Mothers of the Slums (1994) 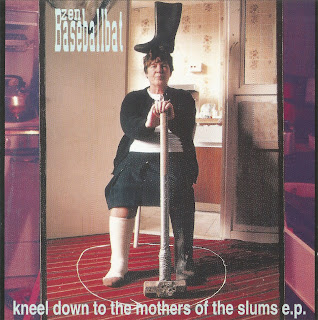 This is a ska band from Widnes, UK. They released two albums in the early 2000s.

This is an early release by the band before they dedicated themselves to ska. Three tracks on this EP were later re-recorded for the first album but these version were only leaning slightly toward ska and don't sound much like the sound that the band is known for.

The song Fuel-Injected Love Bug is only available on this CD and was not re-recorded as a ska song.

If you have their other CDs or you know the band and their sound then you might appreciate this EP. If you have never heard them before then you probably don't want to download this one. It's really not ska.

Posted by Tone and Wave at 9:40 AM No comments: 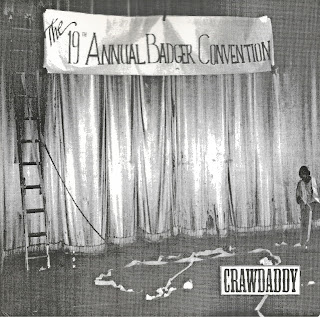 Third wave ska, pure ska - no punk, from Bakersfield, California. According to Discogs they have one other release, a demo tape that was released after this album. I have never seen nor heard this tape.

Posted by Tone and Wave at 9:17 AM No comments: 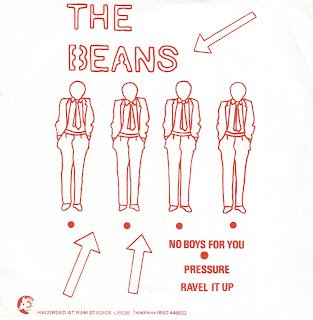 British punk/reggae. There were two different covers  for this. One red and one green. Same picture though.

This band had two other songs on a compilation called The Art of Solving Problems. 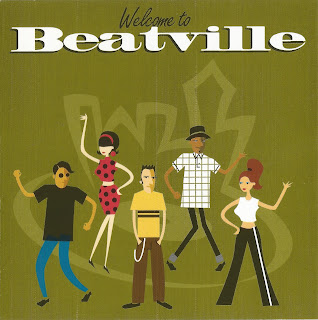 1 The Robustos - No Strangers Here

3 The Gangsters - Girl on the Run

9 Eastern Standard Time - On the Trail

12 The Graduates - March of the Drink

17 The Graduates - Somewhere in Between

18 The Gangsters - Lead Your Own Life (Extended Version)

Posted by Tone and Wave at 6:16 PM No comments: