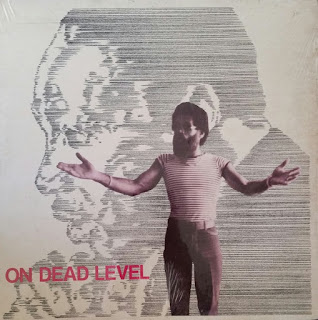 Tomorrow is Martin Luther King Jr. Day in the US so here is a rare ska song about the man.

Posted by Tone and Wave at 5:24 PM No comments: 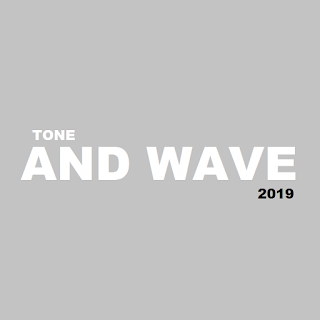 This wasn't a great year for ska. Every now and then (it almost seems like the years alternate from one to the next) everybody slows down and all of the "ska" releases are reggae. It's boring.
I prefer the up-tempo stuff with a ska beat and there were some good releases this year but not many. Individual songs stood out above full albums or EPs. In fact I can't think of one release from 2019 that I can listen to all the way through. So many songs start out as a great ska song and then goes into a reggae or pop-punk or (egads) funk. Come on people. Stop ruining your own songs by trying to appeal to too many different interests. If you play a ska song then, for fuck's sake, play a ska song. Ska from beginning to end.
A few of the selections on this playlist do that. Start out as ska but becomes something else. But I kept them in there because I had a hard time scraping up 35 songs this year. My end-of-the-year posts usually have 50 songs but that wasn't going to happen. These are songs I actually like, not just stuff I feel like I have to put on there.

In the spirit of brutal honesty there were some anticipated releases this year that I was very disappointed with. Top of that list is The Specials. I seriously didn't appreciate one single second of that album. The content was as drab as the cover. Of course the cover inspired my picture up there because I wasn't all that enthused about this past year in ska myself.

One thing I like to see is when old bands make their music accessible. If they all did that there would be no interest in blogs like this one. But the only two noteworthy releases I know of are The Tigers who made their classic album "Savage Music" available on iTunes and they even included the song "Religion for the Hungry" which was non-album b-side which I do have but I never posted it on the blog before. The only other one I know of is a little-known California band called One Legged Bob who only ever released one 4-track 7" in 1996 called "The Unbearable Lightness of Bob". They put out "Best of One Legged Bob" on CD Baby which has the 4 songs from the 7" and three unreleased studio songs with three live tracks. I have never posted the 7" before but, even though they made the recordings available, I might still post it because I think the record sounds much better than the version available on CD Baby.

Some of the releases that I can't complain about are
Rantanplans - Stay Rudel, Stay Rebel,
Crepitans - Tribulations,
Rocksteady Conspiracy - Rough and Sweet
Roy Ellis "Mr. Symarip" and the Transylvanians - Almighty Ska
Steady 45s - Meaning of Love single
Void Union - Return of the Super Vape
The Beat - Public Confidential (RIP Ranking Roger)
Scotch Bonnets - Come On Over
Eastern Standard Time - Time for Change
Culture Shock - Found it in a Skip (not great but still a must-have)
The Offenders - Class of Nations
Death of Guitar Pop - In Over Our Heads
Mark Foggo's Skasters - Ska Pig Returns

The Max's Kansas City compilation is also essential and Buck-O-Nine, Big D and the Kids Table, and The Planet Smashers also had some new releases in 2019 as well as the 90s band The Miggedys who haven't released anything since 1995. Get The Miggedys - Destined for Mispronunciation.

The one release I regret not being able to hear this past year is an unreleased song that was put out on a 7" by the band The G-Men called "Bottle of Dog".

Here's the songs I enjoyed this past year. When I listen to them all together I have my doubts about whether a few of them should be on here but I really do like them so they get to stay with no promise that you will like them.

1 Skapones - When it's Gone it's Gone