Do the Dutch Ska Dance 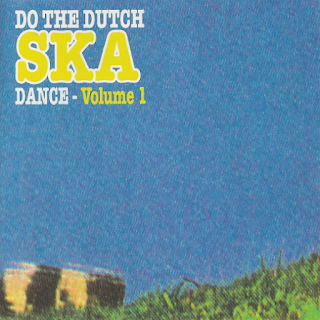 The original compilation "Do the Dutch Ska Dance" was released in 1993 after interest in the "Unicorn era" of ska was fading and before the "third wave" era began. Ska wasn't popular when it was released and the record label Mr. Music really took a gamble on this one. The release was popular enough to make some of the bands more well-known and it was successful enough that Mr. Music released a follow-up Do the Dutch Ska Dance Vol. 2 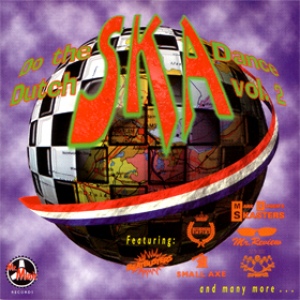 You may know Mark Foggo and Mr. Review but how many of these other bands do you know?


Two of these bands had rare releases that were previously posted on Tone and Wave.

A lot of these bands had actual releases and a lot of them only put out a demo.

Let's Quit had a few releases - one of which is the very rare and expensive 7" "Skanouska/Vegetarian Shoes" which I do not have a copy of. Several years ago somebody sent me a copy - not a physical copy but mp3 files - and I posted it. As somebody pointed out, it was not the 7" version but the re-recorded versions of both songs that appeared on their first album  The Southern Belles Party Beat. You can compare the original version to the album version: 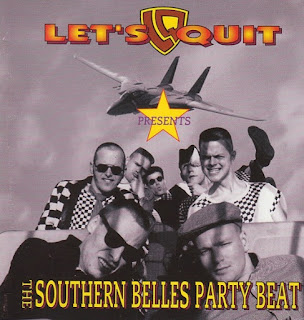 1 The Southern Belles Party Beat
2 Lies and Lullabies
3 Skanouska
4 Let's Ska Tonight
5 Syndrome Friends
6 Ennio Ska
7 Snowflakes
8 Yes or No
9 Vegetarian Shoes
10 Hip Hip to the Next Life
11 Can You Tell Me My Name?
12 Viktor the Pig
13 The Bailiff
14 The Return of Cliff Barnes
15 Sergio Ska
16 Down I Go
17 Stolen Minds

The Beatbusters were very prolific and they put out a lot of good music. For those of you who aren't familiar with their sound you can start here - this is their first album: 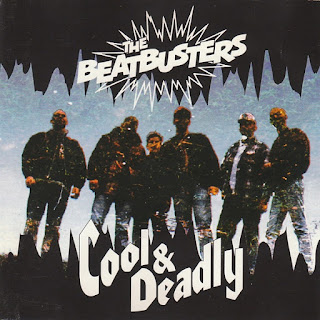 The Bouncers released a couple of albums including the popular Iwi Iwa Yoca!? from 1997: 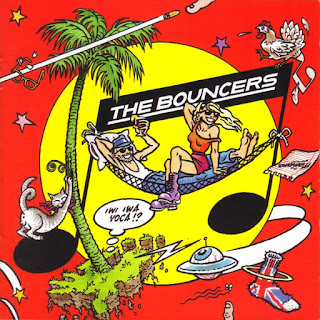 The Bouncers - "You're Mine"

The Bouncers also released a demo tape in 1993: 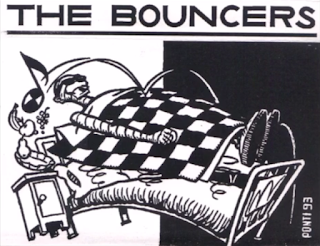 ...and the band The W8ers released a demo tape in 1994 before disbanding: 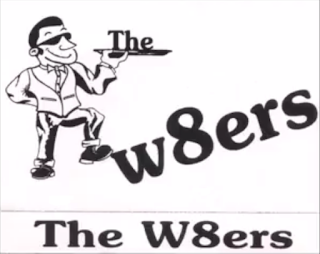 ...and the band Dance Cleopatra only released a demo tape before they reformed as Longshot: 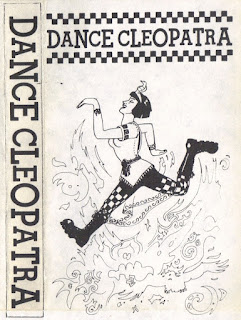 As Longshot (not to be confused with the American ska band from Massachusetts called Longshot or the Portland band The Longshots) they only released one album called "0251" in 1997: 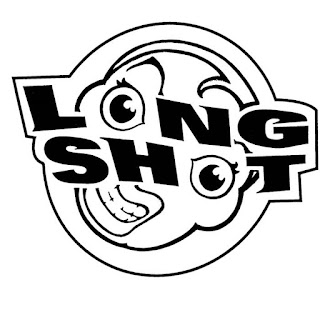 DOWNLOAD all 4 demo tapes - The Bouncers, The W8ers, Dance Cleopatra, and Rudeness Empire

This post was inspired by skabuoy who has a YouTube channel where these incredible rarities are posted. Not only the ones showcased in this post but others as well. The band The Regulators (not the same band from the UK with the same name posted on Tone and Wave HERE) featured on Do the Dutch Ska Dance Vol.2 also had two demo tapes. One of which is posted in its entirety on skabuoy's YouTube channel. He also posted the rare demo from Boter, SKA en Eieren. The name is derived from the Dutch name for tic-tac-toe "boter, kaas, en eieren" which, translated directly, means "butter, cheese, and eggs" but the band utilizes the fact that their initials are B.S.E. which was just becoming popular in the news around the time the band formed due to Bovine Spongiform Encephalopathy or, as it's more known - Mad Cow Disease. The bands mascot is a mad cow: 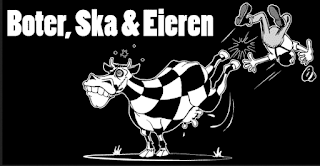 ...and don't worry, all of their stuff is sung in English. 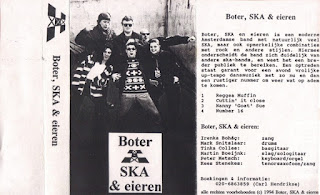 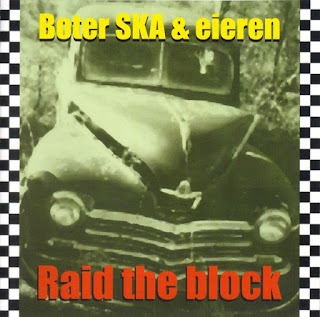 DOWNLOAD the B.S.E. demo tape and the Raid the Block EP 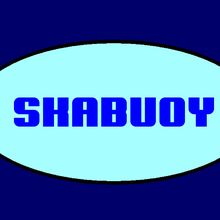 who has a page on Discogs HERE as well as the YouTube page HERE and he has mentioned that he has a Ngobo Ngobo demo tape that he will be posting on his YouTube channel with other incredible rarities. 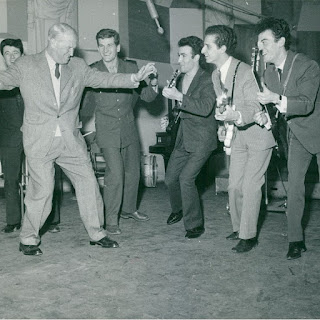 One of the reasons I do this blog is because so much of this music is very hard to find. It's not issued physically and is not often made available for download by the bands themselves so we are stuck with the low quality rips we find somewhere online like on Youtube or crappy blogs (like this one) so I strongly support bands re-releasing their old hard-to-find stuff. In previous years bands like SLK, The Funaddicts, Dub Rifles, Culture Shock, and The Skatterbrains have made their music available and several more bands followed suit in 2015.

Before there was a California mod/ska band called The Uptones there was already a ska/reggae band from Arizona called The Uptones who released a four-song 7" in 1982 which was featured on Tone and Wave in 2011 HERE. Although they only released that one record they did record several more songs in the studio which were not released until 2015. Their 24-track cd is available on the Original Uptones' official site. 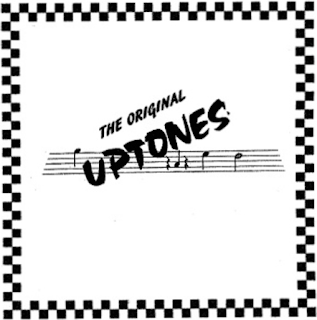 Since I'm on the subject of early 80s bands from Arizona, some of you may remember THIS POST I did of the band The Effects who also released a 7" and an LP by the same name "Video Game" which was a great example of 80s new wave ska: 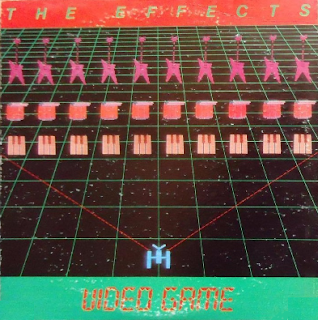 I do have the Video Game album but I have never posted it and, honestly, I'm surprised nobody has ever requested it.  A couple years after releasing Neurotic Love Luke Skood released a solo album called It's All Pink that contained a few ska songs and then, in the nineties,  Shadrach Powell released a couple albums with his band Kongo Shock.
As far as I know these two Effects albums have not been re-released but the Effects (or, at least, core members) reunited and released new music in 2015 and have played shows with the also-reunited Kongo Shock. The Effects new album Feels So Good contains 8 tracks: 3 are re-recordings of songs from the Video Game album and one is a re-recording of the song "That's Whatcha Get for Trying" from the Neurotic Love album. As far as I know you're hearing the other four songs for the first time.

Another band that has made their old material available is the British reggae band from Bath the Rhythmites who released their only album Integration in 1989. Integration has been hard to find over the years and I myself don't own a copy. We, the good ska people of the world, were fortunate enough to have this album posted on a blog several years back and that is the only version of this album I have heard until now. I can say with confidence that I have all of their other releases and I may post them some day but now it's important to support this release. 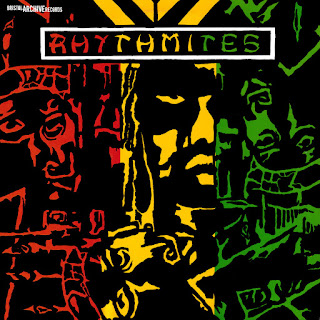 The Canadian band Roots Roundup formed in 1985 and released several independent releases including two albums on cassette, and they put out a 16-track "greatest hits" compilation in 1997 called "Rootrospective" which sold out quickly and has become a collectors' item itself. Rootsrospective has been re-released in 2015 and is available in limited quantities HERE. 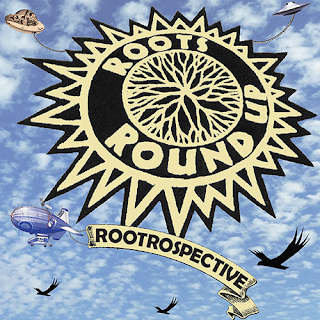 If I have to answer the question "What's your favorite ska album of 2015?" I would feel pressured into saying something like Mephiskapheles or Rhoda Dakar but there were a lot of great releases in 2015 that I preferred over these ones.

If you saw my post for my picks for 2014 I mentioned that I wanted to include The Pisdicables EP but I thought their stuff didn't really fit in with the other songs. Now I say their stuff fits in perfectly. I love ska. I love punk. I see where "ska-punk" has become a sound unto itself and it doesn't really represent ska or punk. To balance the two in the shadow of 'third wave' has become a challenge for bands. Very few can pull it off even for a song or two. Can you imagine a band that perfectly balances ska and punk without become the dreaded ska-punk? Now imagine that they pull it off, not only in a song or two, but in every song in their repertoire.

The Pisdicables - Will We Never Learn? 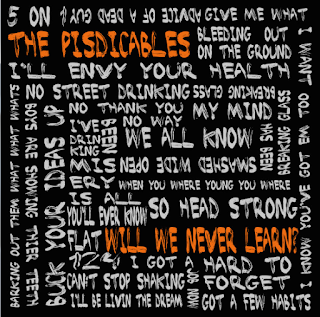 
Chainska Brassika will be putting out their first album in 2016.


The Kubricks released an expanded version of their Wasters and Wannabes EP in 2015 which includes their two singles from 2015 Ghosts and Rave with the Rebel plus an unreleased song called Lead Me Away featuring soul singer Sharlene Hector available on CD Baby. 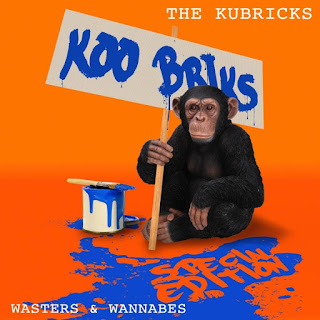 
The album is available on iTunes and Amazon UK 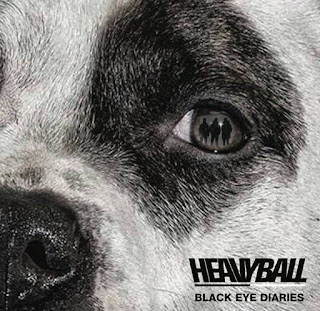 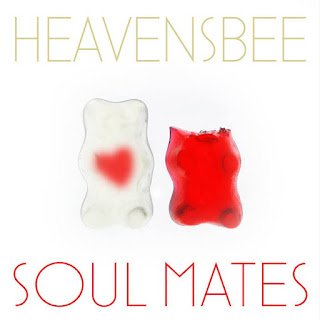 Another band I heard this past year that I really liked was a California ska punk-band called  The Ironies:


I threw together a bunch of songs I listened to in 2015 (that were released in 2015). Some of them I have already mentioned, most I haven't.

Posted by Tone and Wave at 8:30 PM No comments: 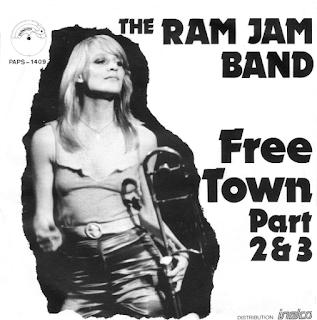 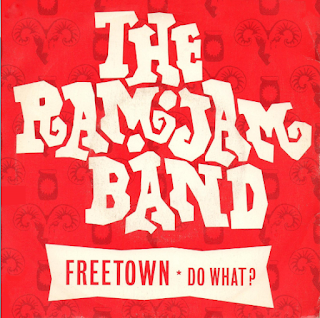 
Thanks to Bruce for providing the rip of the Freetown/Do What single!

Posted by Tone and Wave at 7:46 PM No comments: 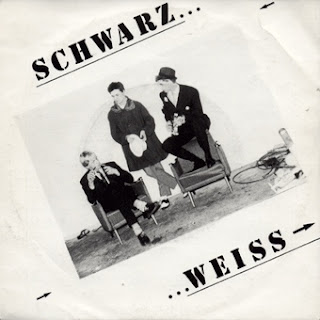 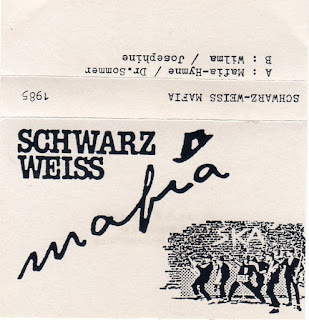 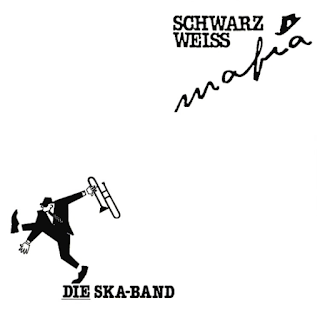 Posted by Tone and Wave at 7:34 PM No comments: 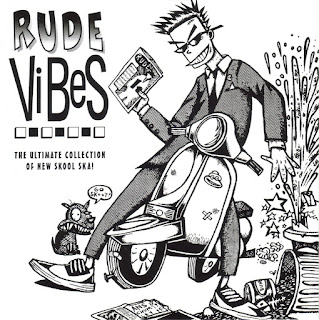