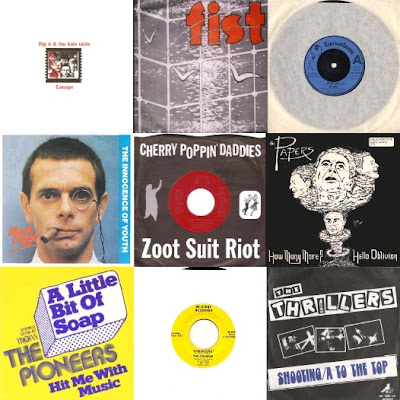 A mixed bag here of things I didn't think deserved their own post with some other things I think are common enough that most of you already have them. There's some traditional, Two Tone sounds, and 3rd wave. Lots of good rare stuff and some complete crap. I'm not saying which is which. 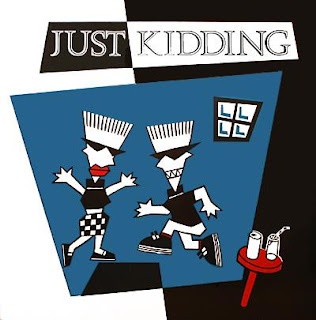 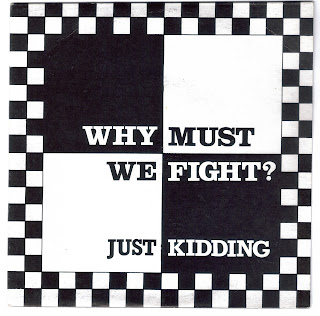 (Thanks again to the original contributors - Craig and Bruce!)
Posted by Tone and Wave at 10:06 AM No comments: Links to this post 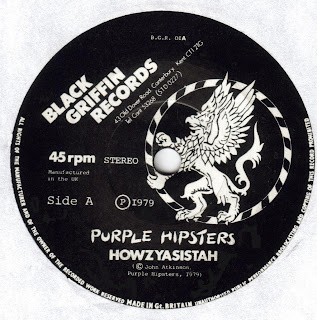 A - Howzyasistah
B - Rusty Blues
*Stuck On You
*No Flies On

Posted by Tone and Wave at 4:18 PM No comments: Links to this post 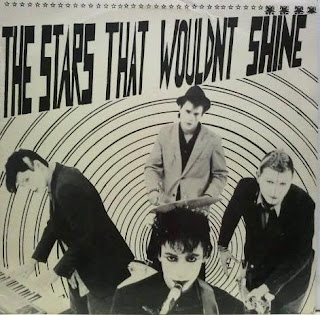 This is the same version that was posted on A Viable Commercial because I've never been able to procure myself a copy yet.
This UK band blends goth and ska amazingly well. The songwriting is impressive instead of gimmicky.
I really like this band but I don't think they've ever released anything besides this. I'd be grateful if someone can prove me wrong.

...since we're on the subject of the dark side of ska, here's a compilation I made: 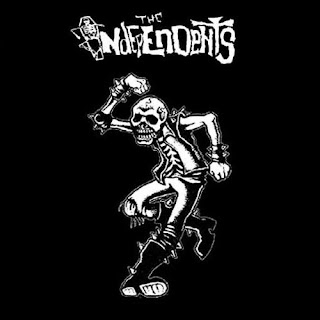 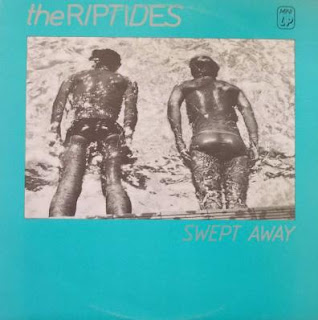 Australian band that occasionally dabbled in the 2 Tone sound. They have several releases with a ska song here and there.

Posted by Tone and Wave at 1:43 PM No comments: Links to this post

Take It Or Leave It

Madness' Take It Or Leave It will be released on DVD on October 7th - but you already knew that.


I have a version that somebody transferred from a beat up VHS tape to DVD when eBay allowed that sort of thing. This one here is so much easier to watch.

Thanks to Jack for pointing this out. It's been on YouTube since last year and I never knew.
Posted by Tone and Wave at 10:53 AM No comments: Links to this post 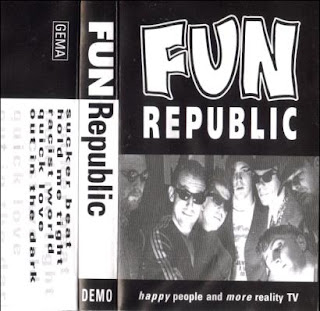 German band that appeared on a couple Ska Ska Skandal comps. It says Happy People and More Reality TV on the cover but that is the name of their first full length CD that was released in 1994. This is not that CD. This is the demo that came out before that. I know this because it says DEMO on the spine, and because the CD Happy People and More Reality TV  looks like this: 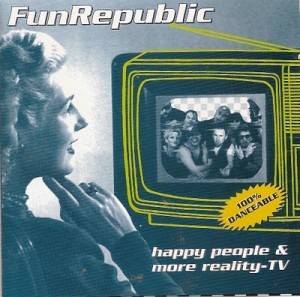 I do not have the debut CD but I do have their second full length Hard Working Party and I included that in this download along with a couple of songs from the Skandal comps.

Posted by Tone and Wave at 9:50 AM No comments: Links to this post

"What Fun! is a pop/reggae group based in Haarlem, Netherlands founded in 1981. Within two years, the group grew rapidly in size to a total of ten members and success quickly followed in 1983 with the release of the single "The Right Side Won", which reached Number 3 in the Dutch hit parade in December of that year, and Number 1 in Belgium. "The Right Side Won", inspired by the Falklands War between the United Kingdom and Argentina, made the BBC Radio 1 playlist, but was quickly removed when the content of the lyrics became apparent. The single was banned from release in South Africa because What Fun! had both black and white members. The group toured intensively in the Netherlands and Belgium during the period 1983 to 1989 and two further singles ("Let's Get Digital" and "Many Men, Many Minds") and an LP ("Having Fun?") were released in the Benelux. By 1989 What Fun! had run out of steam and the members went their separate ways, only to reform again in 2005 with five of the original members and three new ones." 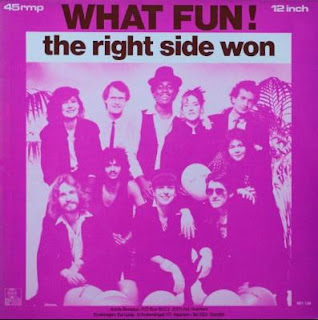 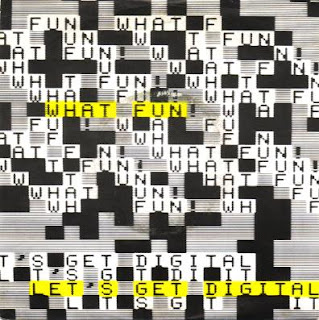 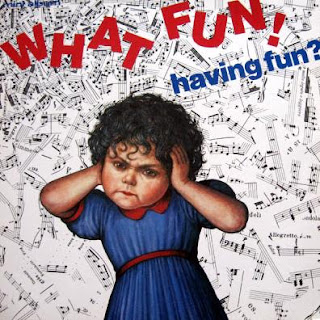 It seems that the only thing I'm missing is the Many Men, Many Minds single. The b-side is Many Men, Many Minds (instrumental) which I don't have but I did include the a-side in this download along with three unreleased songs -
*Amore or Less
*Big Steps
*Big Fun
- that I nicked from THIS SITE 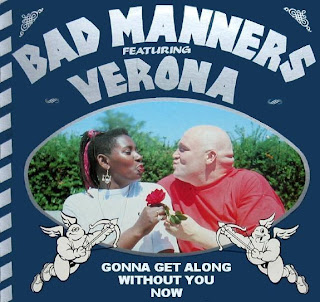 Posted by Tone and Wave at 6:25 PM No comments: Links to this post 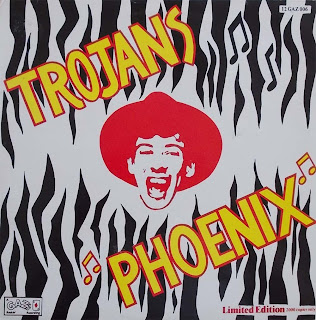 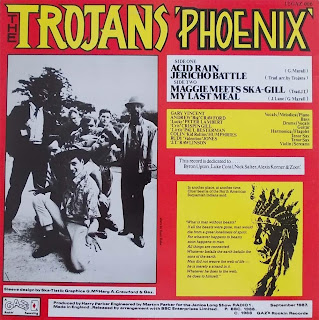 Posted by Tone and Wave at 6:20 PM No comments: Links to this post 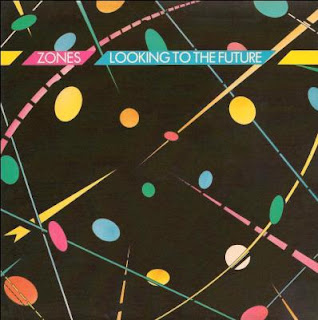 A - Looking to the Future
B - Do It All Again

The Untouchables - Live at Glastonbury 1985 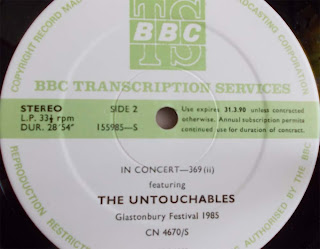 This is a submission from Rikard who doesn't know himself whether or not this ever saw an actual release or if it was strictly made for use by the BBC. 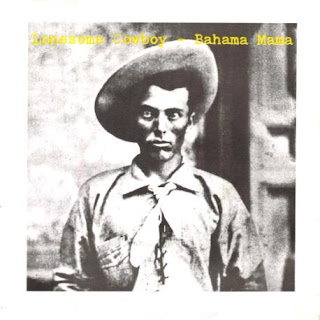 A - Lonesome Cowboy
B - Upstate Skank


Bahama Mama were from Rochester, New York and they may have been the first white reggae band in the US. They were formed in 1973 and released 2 singles - this is their second one. Their first was released a year prior in 1979. It was "Hurricane / Future Fear" which had a bigger release than this one here which only saw 1,000 copies. There was also a live full length called, simply, Bahama Mama Live also released in 1980.
After founding member Ron Stackman dissolved the band in late 1979/early 1980 he started another band called The Majestics who put out one EP and played as Lee 'Scratch' Perry's back up band on his self indulgent album "Mystic Miracle Star". 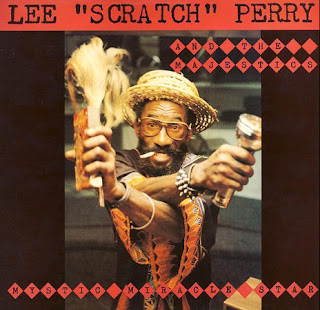 This download includes the Bahama Mama 7" and the Lee 'Scratch' Perry record.


Informative article on Bahama Mama HERE. -(thanks to Anonymous for the link!)