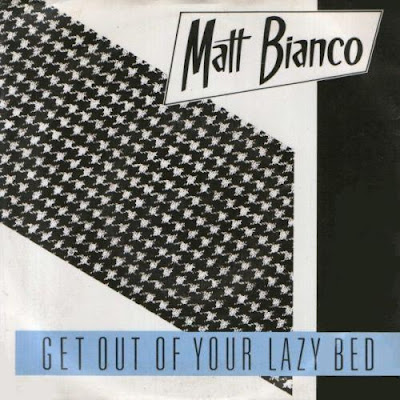 Matt Bianco is the name of the band. There is nobody in the band named Matt. They were from Britain and they released a lot of music in the 80s and 90s but most of what they did sounds more like Ricky Marin than this. This song was on their first album "Whose Side are You on?" from 1984. There was another song on that album called "Sneaking Out the Back Door" that was along the lines of "Get Out of Your Lazy Bed" which I included .
Back up vocals were provided by Polish pop star Basia. She was a member of Matt Bianco before she went off on her own. She released her first album called "Time and Tide" in 1987 and it contained a song called "How Dare You" that had a sound reminiscent of these early Matt Bianco tunes. I have included that in this download as well.