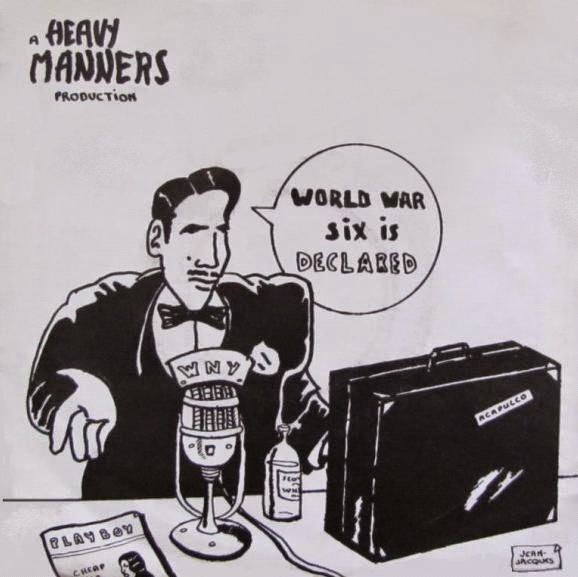 This is not the same Heavy Manners from Chicago. These guys were from Belgium and they released two singles that I know of. This one, and one called "That Train" with a b-side called "Barley Wine" which featured Saxa from the English Beat.

A - World War Six
B - Attention