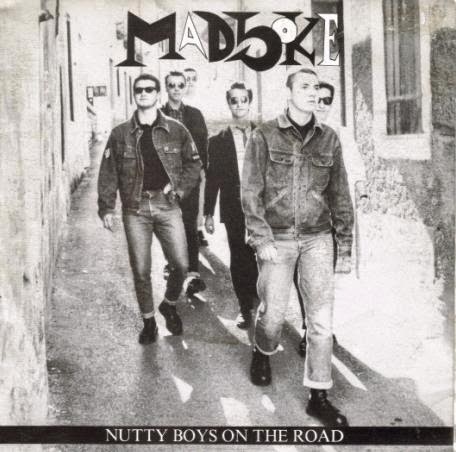 Italian mod/punk/ska band. This is their only release aside from a split 7" they did with an Italian 60s-style mod band called The Woody Peakers HERE.

This download includes
*the "Nutty Boys on the Road" 7"
* the Woody Peakers/Mad Joke split 7"
* and four of Mad Joke's live songs that I found on line:
"In the Rain"
"Mad Joke"
"Poga Poga"
...and a live cover of Bad Manner's "Lip Up Fatty"


*The Woody Peakers song "Shake My Colours" on the 7" is a different version than the one on their album.
(I have the extended version of the album. If anybody wants it, let me know. No ska, just raw unadulterated mod-rock.)