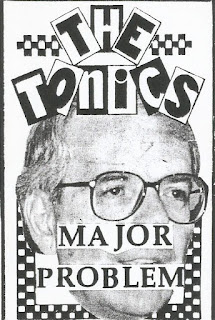 Demo cassette from this British band. I don't know what happened to them but they could have been huge. They had a couple more songs on compilations that I am in the process of obtaining and you can rest assured that I will post them when I get them. Actually, I'll post the whole compilation but I'll remind you of these guys when I do.

First, I'd like to thank Rude Rich who informed me of them because I never heard of them myself.

Second, I tried and tried to get a better version of this recording with different tape players with all different settings, but this is the best I can do. It was mixed with low bass.