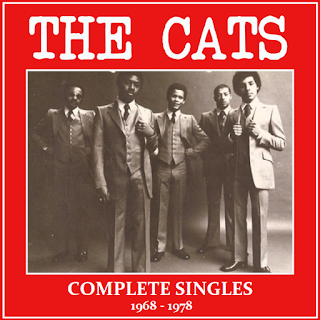 This is a Tone and Wave exclusive. It took me years to assemble this collection. I believe this is every song that The Cats released in their lifetime.

If you don't know, when Madness did "Swan Lake" they weren't covering the classic Tchaikovsky song outright. They were covering The Cats version of the song. The B-side to The Cats Swan Lake" single was called "My Girl" and, as you know, Madness also had a song called "My Girl" but the joke here is that when you played the B-side to the Cats single and you were expecting a cover of the Temptations song but what you got instead was a cover of Mary Wells' "My Guy".

The Cats recorded a lot of their renditions of classical music in the studio but their releases of these songs were limited. They recorded reggae/soul versions of Beethoven's "Fur Elise", Bach's "Jesu Joy of Man's Desiring", Mozart's "Ein Kleine Nachtmusik", Satie's "Gymnopedie No.1" and, I believe, Albinoni's "Adagio". These were never released until 2014 when a label called Kipa Recordings put out a CD with all of the Cats unreleased songs which were recorded in 1968. I don't have this CD but I am desperately looking for it.

What I do have is all of their singles that they did release. Here is my collection: