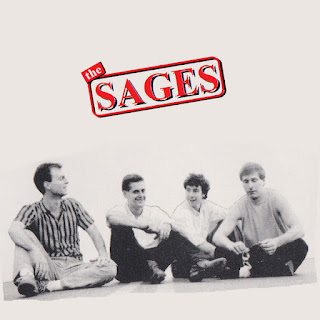 The Sages was a band from Connecticut. I assume they are from Hartford but I don't know for sure. As far as I know they only released one album but they had a demo tape before they recorded the album and even though the album is full of ska/reggae influences the tape is almost strictly ska/reggae.

There's a noticeable Police vibe but when I first heard the beginning of the song "Follow the Money" it reminded me of the Stewart Copeland/Stan Ridgway song "Don't Box Me In". Stewart Copeland was (is?) the drummer for the Police and Stan Ridgway was the singer for Wall of Voodoo (Mexican Radio - not to be confused with Gruppo Sportivo's impeccable cover). They collaborated on a song for the soundtrack to Rumblefish. 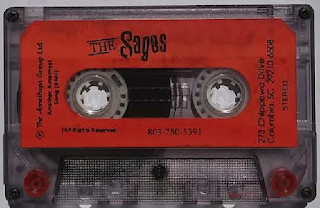 2 More the Things You do

4 What do You got to Prove? 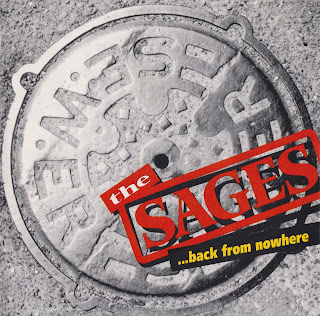 8 Sounds of a City

9 Elvis (You did the Right Thing)

10 Whatever Gets You Through Your Day

Speaking of Wall of Voodoo, if you don't have that first EP and the first two albums you're really missing out. But Stan Ridgway was more than Wall of Voodoo. He has done a million solo albums. After a time he drifted into what most would call 'country' but he has some amazing tunes from his early years as a solo artist. After working with Stewart Copeland he didn't do anything ska/reggae but there is one song with that influence.

As you know when Stan Ridgway left Wall of Voodoo they continued on without him and his weird voice but it just didn't work and they broke up not long after they fulfilled their record contract but they did release a couple albums in that time with their new singer Andy Prieboy and, although I really prefer their stuff with Stan, they did release one of my all-time favorite songs "Far Side of Crazy". The lyrics of this song are based on a poem written by John Hinckley Jr. -  the guy who shot Ronald Reagan. Hinckley has since been released from prison and he fancies himself as a sort of rock star.

Here are my top five Stan Ridgway moments I think everybody must know:

...and then there's "Lost Weekend". Aside from the fact that my wife has never smoked a cigarette in her life every second of this song tells our story. We got married at the Drive Through Chapel of Love in Las Vegas when we were evacuated from our home during a historically bad fire. On the drive from Vegas in my 1987 primer grey Dodge Diplomat we didn't really know where we were going so we did nothing but listen to music and talk about our plans about how we could make money. It was sad times. It was great times. This song hits so close to home.  She sat in the back seat reading a book. When I heard that in this song I was blown away. This song is about us but it was recorded 20 years before we met.