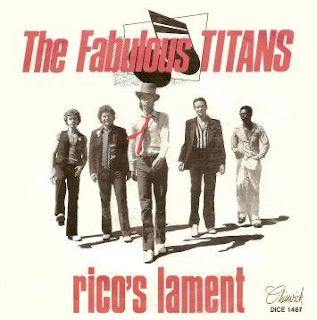 A - Rico's Lament
B - Johnny Rocker

Marco On The Bass said...

Great tune! The Fabulous Titans - A ska and reggae band based in the Bay Area of California that had its roots in The Shakers who were the first American reggae signed to a major label (Warner-Elektra in 1976). The FT's signed and recorded 'Rico's Lament' for the Chiswick record label in the UK and later were the first U.S, band ever invited to tour Cuba.

More about The Shakers here: