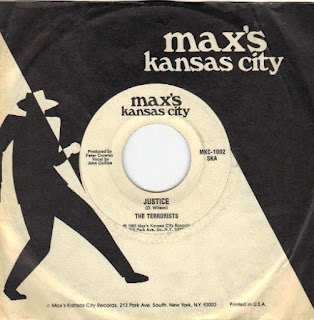 The New York City band The Terrorists released a collection of their complete recordings from 1977-1982 on a cd compilation called "Forces" but that compilation was incomplete. Although the song "I Want Justice" (a cover of the Delroy Wilson song from 1965) was included on the cd and featured Lee Perry and Roland Alphonso, there was another version (a live version) which saw an actual vinyl release in 1980. The song Justice was recorded at Max's Kansas City and was released with a studio recording of a song called Riis Park which was also not on the cd.


This download includes the 7" as well as the "Forces" cd, and the original version of "I Want Justice" by Delroy Wilson (with the Wailers as his band).