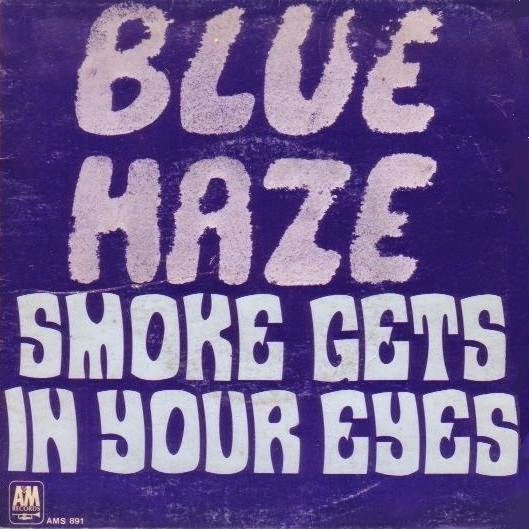 A - Smoke Gets in Your Eyes
B - Anna Rosanna

You know this song but I think this version deserves some attention. The song was written in 1933 for a musical called Roberta. It was performed on Broadway featuring a young Bob Hope as Huckleberry Haines. In 1934 four different artists had top 20 hits with the song - Paul Whiteman (#1), Leo Reisman (#3), Emil Coleman (#4), and Ruth Etting (#15).

In 1935 the play was made into a film starring Fred Astaire and Ginger Rogers. This film inspired recording of Smoke Gets in Your Eyes by Benny Goodman (1940) Artie Shaw,  Glenn Miller,  Nat King Cole (1946), Harry Belafonte (1949), and Eartha Kitt (1954) amongst many, many others.

The most familiar version is the 1958 version by the Platters:

In 1973 Byron Lee and the Dragonaires released the first reggae version of the song on their Reggay Roun' The World album.

...except for the fact that the UK band Blue Haze already recorded it a year earlier.

A - Smoke Gets in Your Eyes
B - Anna Rosanna