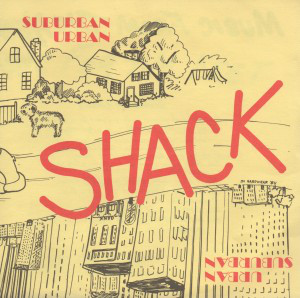 My copy doesn't have a cover so I stole this one from Discogs which seems to be the only image of the cover anywhere online. These guys were from New York and I think this is their only release. Collector's Frenzy states that this band has one of the members of the very short-lived New York band The Plague but I think they got that information from an eBay post and I'm not convinced that it's true. I welcome you to prove me wrong.

A - Suburban Urban
B - Give a Little

This is hosted with Zippyshare. I don't know what's going on with MEGA but my latest links are invalid. I hope I can get it straightened out because Zippyshare deletes the file after it goes a while without being downloaded so get it now while the gettin's good.
Posted by Tone and Wave at 2:47 PM

FLEX! states they were from Albany NY