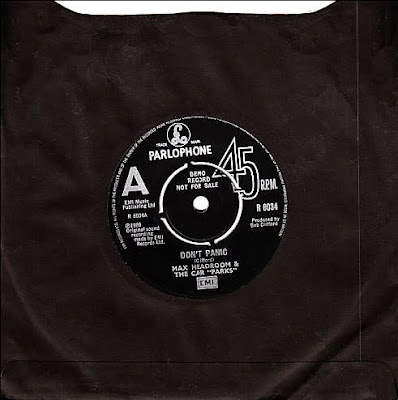 First, I want to thank Steve for requesting this. I had never heard of it before.
I have contacted Steve Curtis from the band but he never did respond.

I just received this in the mail yesterday and I didn't think much that there was a gash in the padded envelope until I opened it and the record was cracked straight through... 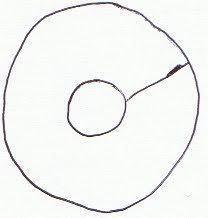 (artist rendering - not an actual photo)

...and there was a gouge in it at the beginning. It was packaged well so I'm sure it wasn't in this condition before it was shipped. I was certain it was completely ruined so I didn't clean it or anything but I wanted to at least hear a bit of it just to get an idea of what it sounded like to see if I should find another copy.

It played straight through. I played each side only once and was smart enough to have recorded it. I didn't clean up the recording at all so here it is in all its crackling popping glory.
(Let's see a cd do that)