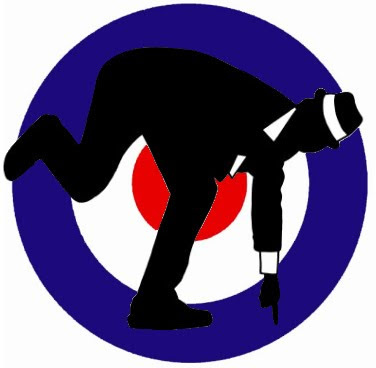 The last post I did on Stupidity turned out to be more popular than I thought it would be. Thanks to everyone who left comments.
The countdown comps are no longer available on Twilight Zone but they look like a good mix. I'll have to get them someday.

This is Stupidity live at the Gaelic Club in Sydney 1983. It is from a cd that came free with issue 5 of a Brisbane modzine called Modern Times that was acquired at a Stupidity gig in 2001 at the Metro by Richard who has submitted this for your pleasure. Incidently, he is still looking for that Skazoo cd.

1 Stupid's Party
2 Get Off of My Cloud
3 Down at the Doctors
4 Stupidity
5 Something's Happening
6 I Won't be Alone
7 Two Days and a Night
8 Buddy, Buddy Friends
9 The Sweeny

This is just great! Thanksl